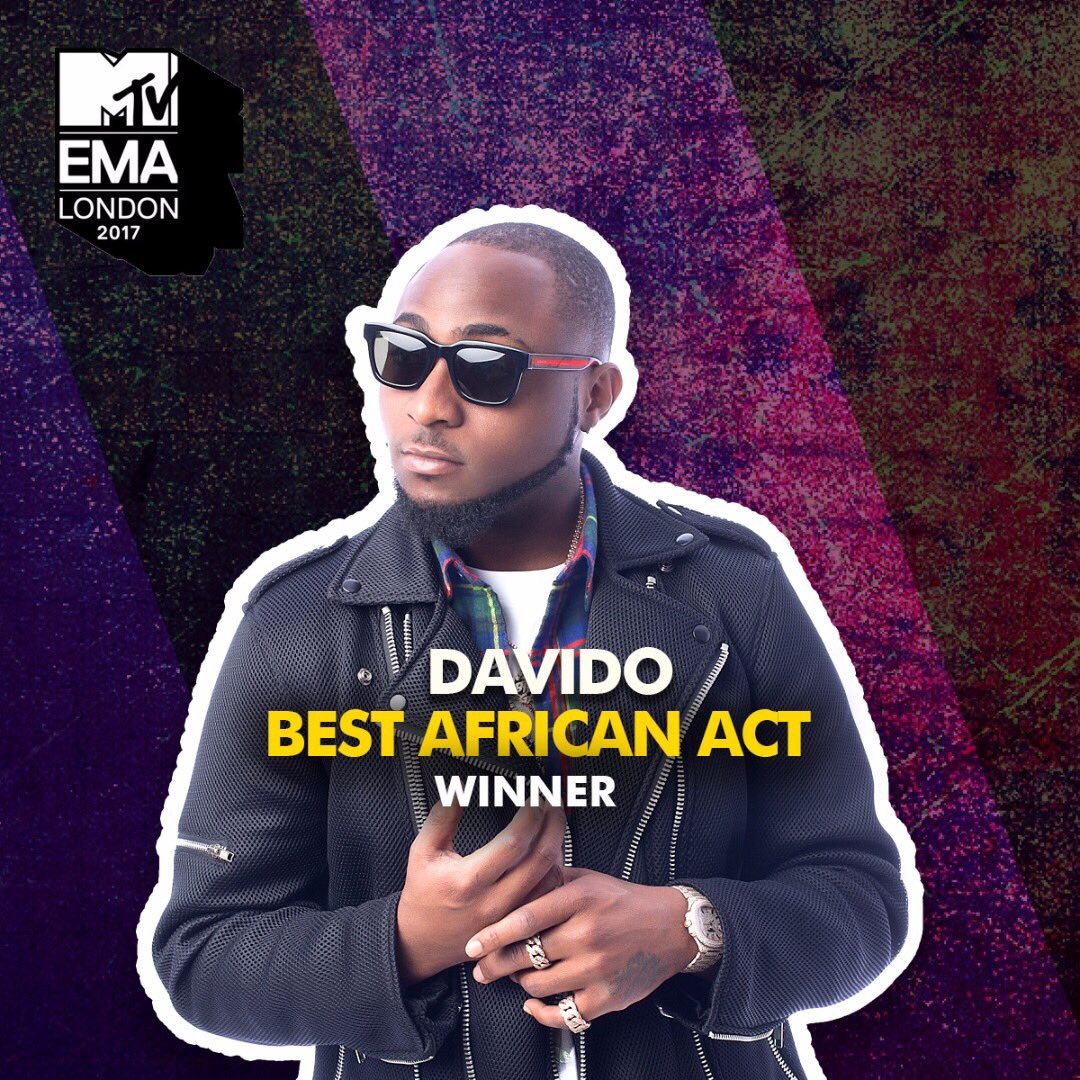 AHHHHHH! We are soooo happy to have@iam_Davido as the winner for this year’s@MTVEMA​ 2017 Best Africa Act! #MTVEMAfall on you

Davido has had a banner year, scoring two of the biggest hits out of Africa – ‘If’ and ‘Fall’. He has also held three major tours, within the continent and North America.

The full list of the world’s most expensive football transfers

Owerri Market Demolition: Those protesting are not Owerri people – Okorocha