The minister of education Adamu Adamu has said that the Goodluck Jonathanadministration formulated and implemented the policy that combined CRK, IRK and Civic Education into “Religion and National Values”, stating that the Muhammadu Buhariadministration actually cancelled it.

Controversy had trailed the policy as some quarters had alleged that the current administration is seeking to Islamize the school curriculum and the minister made the clarification on Tuesday.

The policy has also been cancelled and the NERDC has been directed to revert to the old curriculum.

Adamu said that at the time the combined CRK/IRK Policy was implemented, President, Minister of Education, and Permanent Secretary and Director Basic Education in the Ministry of Education were all Christians. 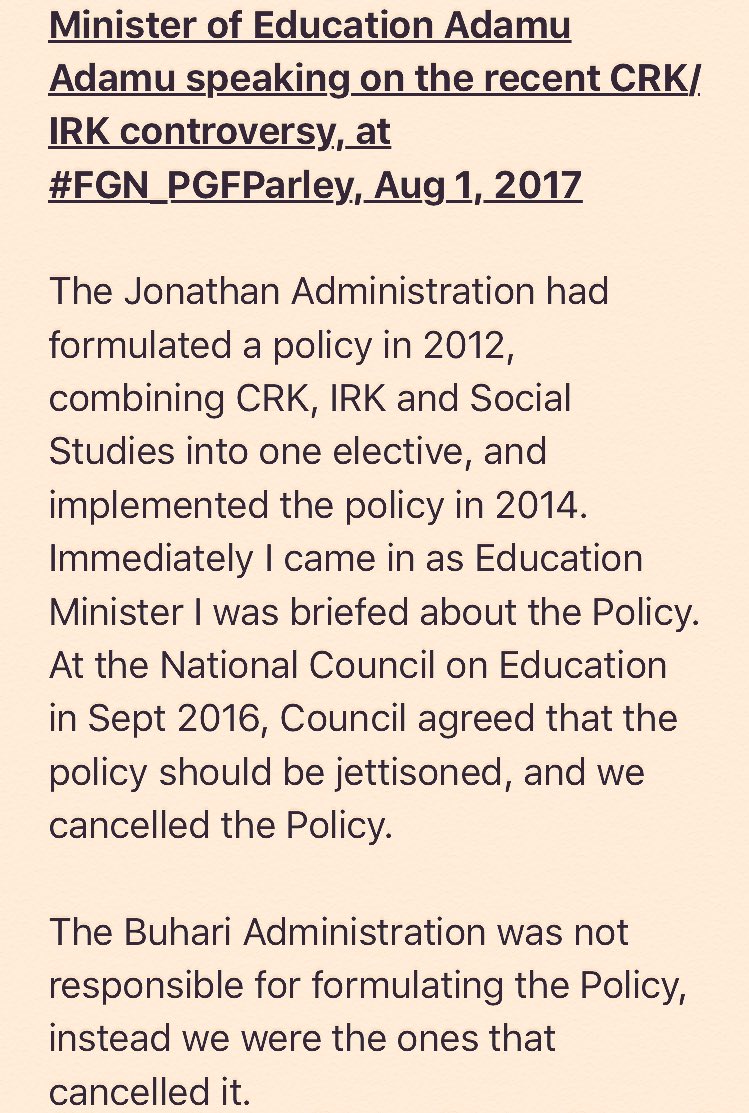 Min of Educ clears air on recent CRK/IRK controversy. It was a Policy developed & implemented by prev Admin, & cancelled by current Admin. 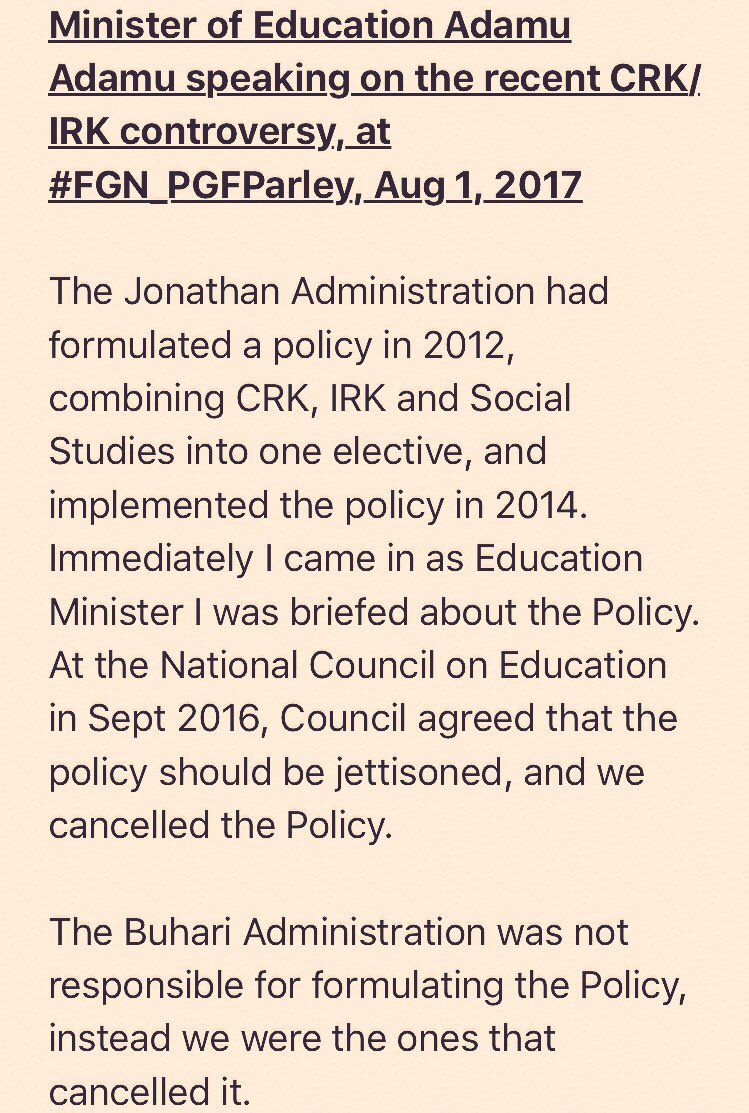 Min of Educ: At the time the combined CRK/IRK Policy was implemented(2014), Pres,Min of Educ, PS Educ & Dir Basic Educ were all Christians.

Man.Utd fans would have seen a different Lion if i joined...

Burna Boy Is a Year Older