Chocolate City boss Audu Maikori has released his first statement after his arrest and subsequent release by the police.

Audu was arrested on Friday for publishing a false story on the killing of five students ofCollege of Education, Gidan-Waya.

Audu had also written an apology, retracting his statements.

Advocacy champion, Oby Ezekwesili also weighed in on the matter, by persuadingGovernor El-Rufai of Kaduna to facilitate his release, adding that it should be seen as a lesson to the public and everyone involved.

According to Punch Newspaper, The Force Public Relations Officer, Jimoh Moshood, said Maikori is being investigated over his inflammatory tweets, adding that he would be prosecuted as soon as investigations are over.

“He (Maikori) is under investigation. He will be arraigned in court on completion of investigation,” Moshood stated on Saturday

Audu took his twitter to release a series of tweets in which he said he was released because of the support of Nigerians, and he didn’t take the support lightly. 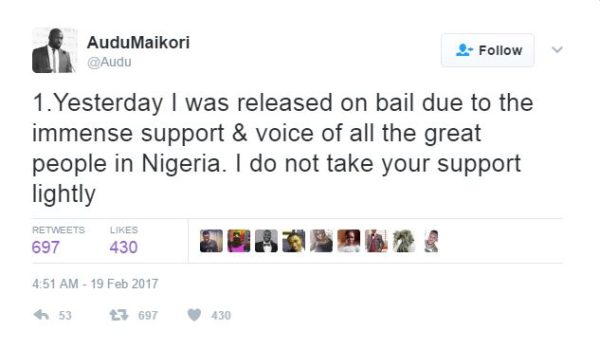 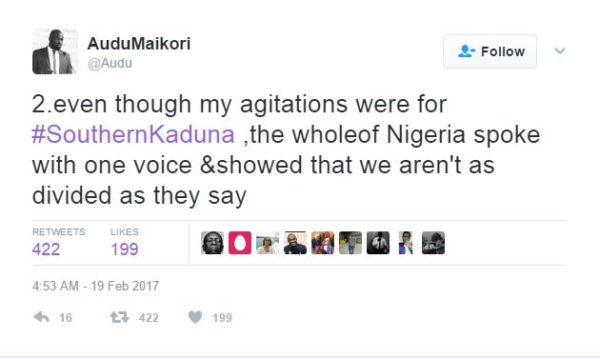 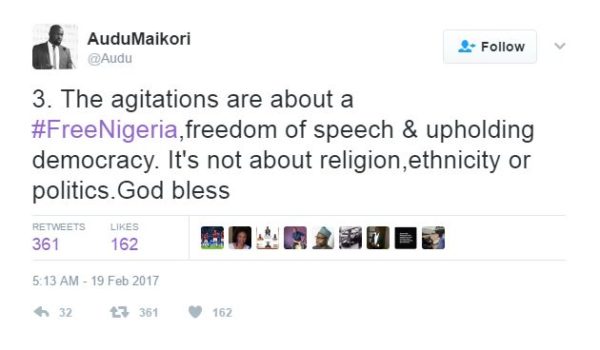 PPPRA insists there are no plans to increase pump price

3 Ways You Can Trust Your Partner

Coronavirus spreads to 12 Nigerian States including FCT as NCDC confirms...

People are hated when they are real – Neymar.