Many of the subscribers of TSTVAfrica were shocked as the BeIN Sports notified them of illegal viewing of the Europa League match between Arsenal and Red Star Belgrade.

This message appeared during the first football match broadcast of the pay-Tv provider on Thursday, November 2, 2017.

A Nigerian viewer narrated his experience and how the match was truncated half-way into the game.

“This happened right before my eyes. And it is compared only to American wonder in Nigeria. 29 seconds to the commencement of arsenal vs zve match, a message appeared on our screen stating the followings:

“And immediately after this, the screen went blank and there was another message that stayed for a while before TSTV wiped it out.”

Other Nigerians have expressed their viewers on the situation.

There is more to to this “TSTv thing than what we see, especially with the way they quickly got the tax holiday

Participate in the ongoing test transmission and kindly drop your assessment on our page and official email address. info@tstvafrica.compic.twitter.com/IYqtAy9SRP

On my screen, I saw ‘You are watching Beinsport content Illegally via TSTV’ and the Beinsport channels disappear. #Tstv why please.

The hype surrounding TSTV was created by Nigerians who were tired of DSTV’s extortion. They weren’t technically sound from the word GO.

Participate in the ongoing test transmission and kindly drop your assessment on our page and official email address. info@tstvafrica.compic.twitter.com/IYqtAy9SRP

Una no go through the front door nah back door u a prefer pic.twitter.com/VKunCL0Mof 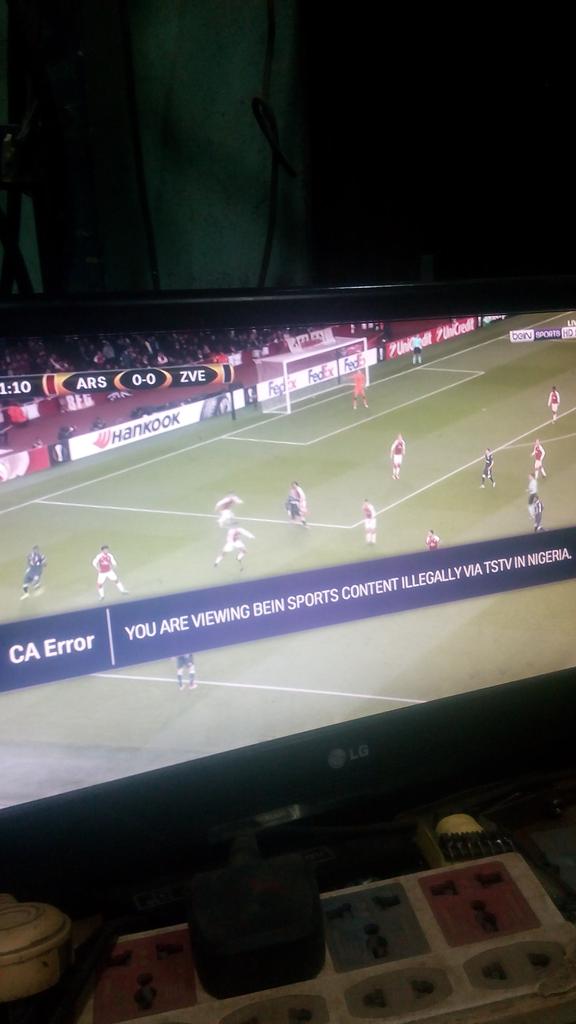 The Qatari-based sports company had earlier issued a memo to the Nigerian Broadcasting Commission (NBC) stating that they have no content distributorship agreement with TSTV; thus, making distributing their contents on its platform an illegal activity.

However, TSTVAfrica denied any wrongdoing and existence of such memo. This put more credence to the question of why TSTV would establish its business in such stormy beginning.

On the incident, TSTV also took to Twitter to explain that its system was hacked by unscrupulous elements and it is working to resolve the issue.

Una no go through the front door nah back door u a preferpic.twitter.com/VKunCL0Mof

There was a hack into our system. We are working on resolving the breach. The services should be back on soon

There are many questions to be answered about the operation of TSTV. In the coming days, the option of TSTV as a viable alternative to market monopoly power ofDSTV and GOTV will be validated or destroyed.

Mourinho speaks after win over Arsenal

Djokovic see off stubborn Delbonis in a tight game.

The Best Ways to Manage a Mental Illness

North London Derby – Are you ready?