These agreement, which is fully supported by the National Economic Council (NEC) will lead to an increase in national production from the current 2.2mbpd to 2.5mbpd by 2019, as well as reduction in Unit Technical Costs from $27.96/Barrel Oil Equivalent (boe) to $18/boe.

The net payments to the Federation Account is expected to double from about $7Billion to over $14Billion by 2020 and the immediate effect of the new cash call policy will increase net FGN Revenue per annum by about $2billion.

The agreement was signed in Abuja at the Ministry of Petroleum Resources between the Federal Government and Shell, Chevron, Agip, Total, Oando.

Nigeria owes an estimated $6.8 billion accumulated over 14 years but got a discount of $1.7 billion, leaving a debt of $5.1 billion to be repaid. 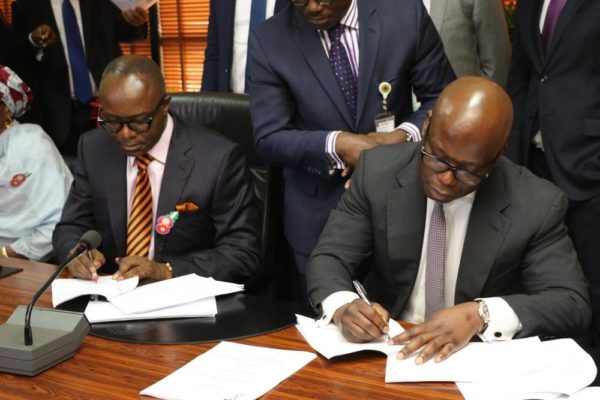 According to a statement signed by Idang Alibi; Director, Press in the ministry,

Based on historical records, the current Cash Call system has been structurally defective and has failed to address the perennial Joint Venture funding challenges being experienced in the industry where the Federal Government underfunding of the industry through JV Cash Calls stood at $9.125 billion by September 2016. This arrangement will guarantee payments of statutory Oil and Gas Royalties and taxes by NNPC and its JV partners as well as profit from its investments in the Joint Ventures.

At US$42.5 per barrel Oil price which the 2017 budget is predicated on and US$24 per barrel fiscal cost recovery proposed for 2017 in FGN Medium Term Expenditure Framework (MTEF) recently submitted to NASS, over US$13 per barrel will accrue to Government as Royalties & Taxes from Joint Venture Oil and Gas Production apart from US$2.8 per barrel estimated as Government share of profit, at 57% equity.

This will restore investors’ confidence and achieve accelerated production growth in the Joint Ventures. New Governance processes will also be introduced.

The Minister had, at another forum,  explained that the agreement stated that the payment from incremental oil production would not affect Nigeria’s budget production benchmark of 2.2 million barrels per day (mbpd).

The Minister of State for Petroleum, Dr. Ibe Kachikwu who signed on behalf of the Federal Government, expressed joy that the signage would bring more investments into the country.

He said lots of work and political determination had gone into the nation’s exit from the JVC debt.

“If we continue to focus on things that haven’t worked in a long while, we’ll get this industry on its way to competing favorably with other counterparts. I challenge the oil companies to put their monies where their mouth is because they said once this is done investments would begin to come into the country. I must also appreciate President Muhammadu Buhari for supporting the effort and for his willingness to steer the cause,” Kachikwu said. 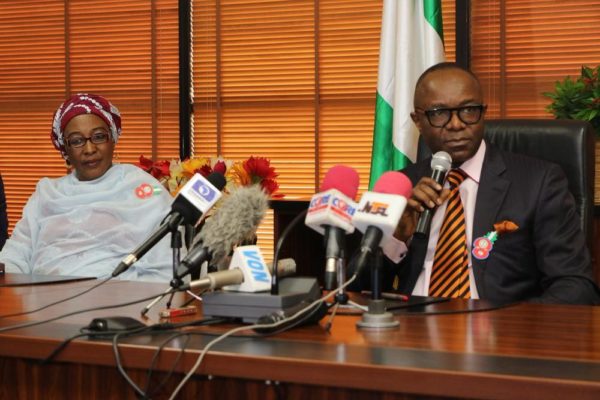 Dr. Maikanti Baru, Group Managing Director of the NNPC, said the agreement was aimed at addressing long standing issues of unpaid cash call arrears, under-funding the joint venture and the burden of monthly payments by the Nigerian government.

He said inability of the NNPC to regain technical costs had been a major reason for the accumulation of the arrears over time.

Baru said under the new funding model, government would continue to receive royalties, taxes and profit from its equity share of Joint Venture oil and gas production.

He said signing of the agreement would restore investor confidence and provide opportunity for NNPC and joint venture partners to easily raise capital to finance oil and gas operations.

Clay Meff, the Chairman of the Oil Producers Traders Section (OPTS), lauded the minister for making the resolve his top priority. 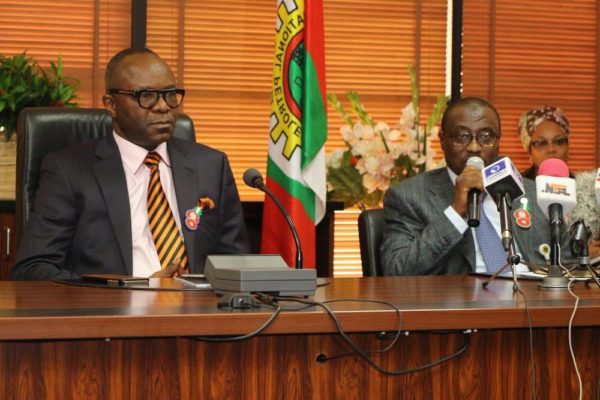 SENATE TO BUHARI’S SGF, LAWAL. YOU MUST GO

“Whether I like it or not, I must take responsibility for...

Viera advices Wenger on tactics and adviced him to Use Mourinho’s...

PHOTOS+VIDEO: Adekunle Gold speaks on his pre-show ritual, what he thinks...