During the week, it was announced that popular family game show, Who Wants To Be A Millionaire would be back on the air with a new sponsor, Airopay.

After 13 years of hosting the show, popular broadcaster, Frank Edoho announced on his twitter page that after much disagreement in negotiations with the production company, Ultima Limited, he has decided to step down as host of the game show. 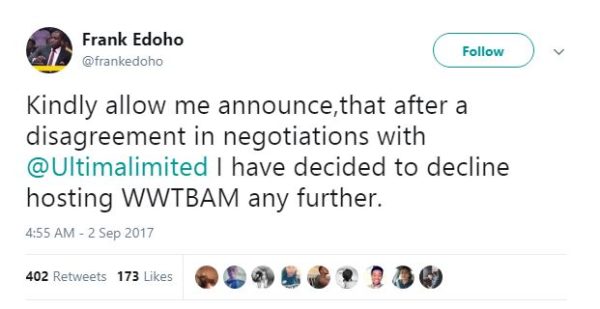 Here are the top five Google trends this week

Yay or Nay? Would you give money to someone who rudely...