Award-winning Nigerian writer and filmmaker, Onyeka Nwelue is at Harvard University, working at The Cooper Gallery, Hutchins Center for African & African American Research, developing and curating a documentary film project on Nobel Laureate, Wole Soyinka, titled, “Wole Soyinka: A God and the Biafrans,“ which traces Wole Soyinka’s relationship with Igbo people and how he ended up in jail, for joining the Biafran secessionists. Preview of the film will take place at Harvard University on July 13th. 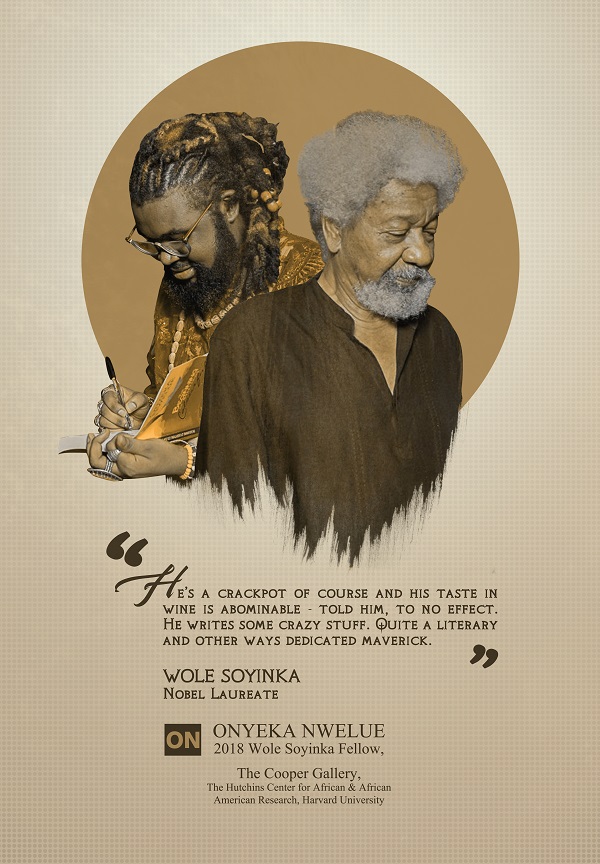 Nwelue shared a video of him from 2004, filmed by Nigerian musician, Beautiful Nubia on his Instagram, when he was 16 years and narrated how he travelled to Lagos just to find Wole Soyinka. 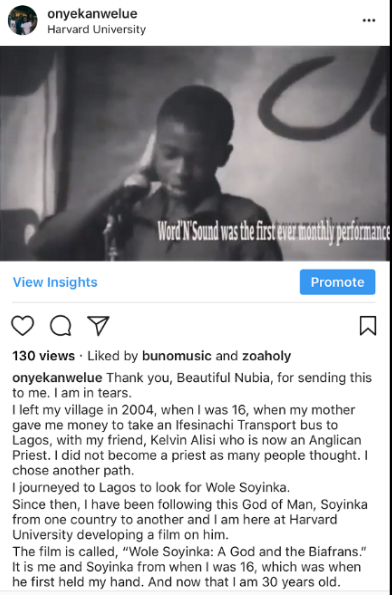 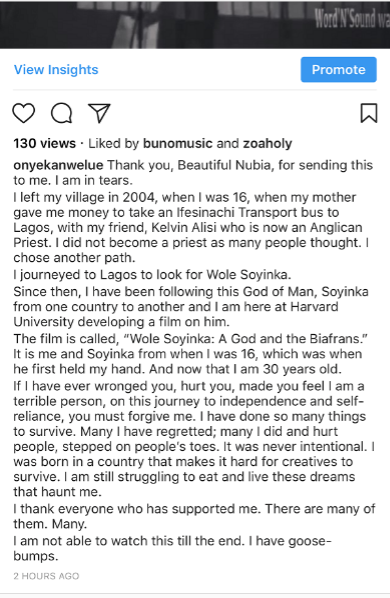 At the age of 30 years old, Nwelue has lectured in Universities in India, Hong Kong, the US, Mexico and Nigeria.

Here is a video of him, in conversation with veteran actor and singer, Onyeka Onwenu, who he professionally manages.

Ferrari isn’t as strong as Mercedes in the wet – Vettel.