Controversial South African pastor, Penuel Mnguni, of the End Times Disciples Ministries has fed congregants with cockroach and poisonous flower in a bid to demonstrate the ‘power of God’ as cited in some biblical texts.

According to a series of Facebook posts shared by the church’s official account, Pastor Mnguni told his congregants that when they eat cockroach it would turn to cheese and spice in their body system.

The church wrote: “You shall drink poison and it will not harm you.

“As the man of God demonstrated this mystery of the cockroach turning into cheese and spice, Apostle Tompane Eans from Limpopo came forward saying he also wants to eat.

“The man of God then took a poisonous flower and prayed upon it and gave it to Apostle Tompane to eat.

“As Apostle Tompane ate, he said it tastes like no ordinary food, he enjoyed it to the extent that he asked to eat the whole flower alone and finished it.

The Prophet of God declared that whatever he came for, God has granted him. After partaking from above, to show that he ate what not ordinary but from Christ he was given time to demonstrate the power of God by stretching his hands to some congregants and the power of God moved greatly as some fell down and when he passed near the congregants some also fell under the power of the all mighty God.”

According to Daily Post, Pastor Mnguni was allegedly delivered by Prophet T.B Joshua of the Synagogue Church of All Nation, in Lagos. 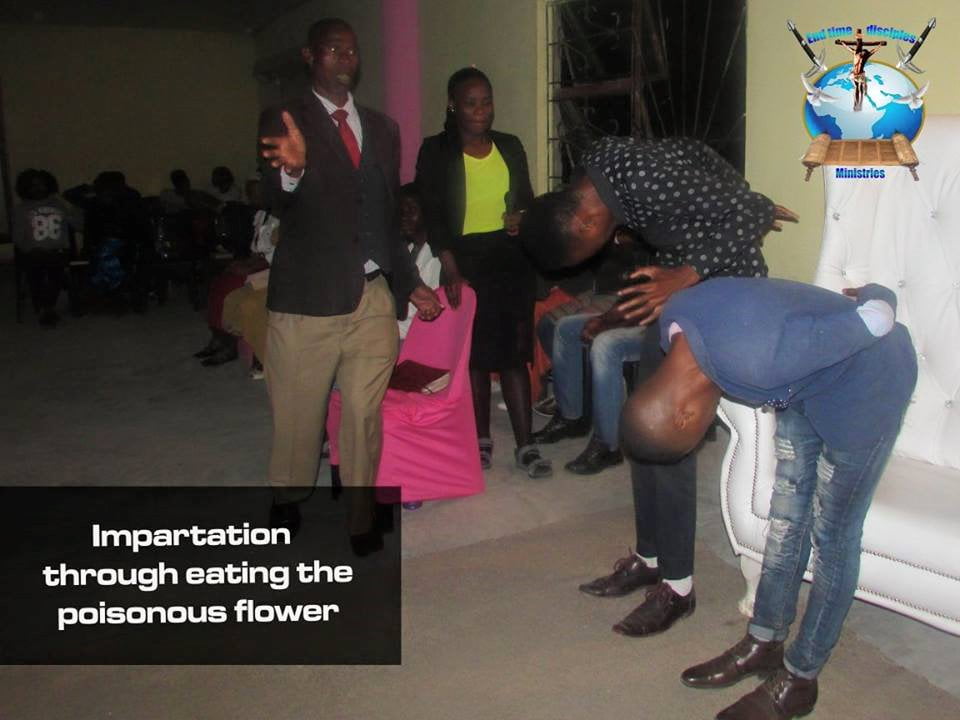 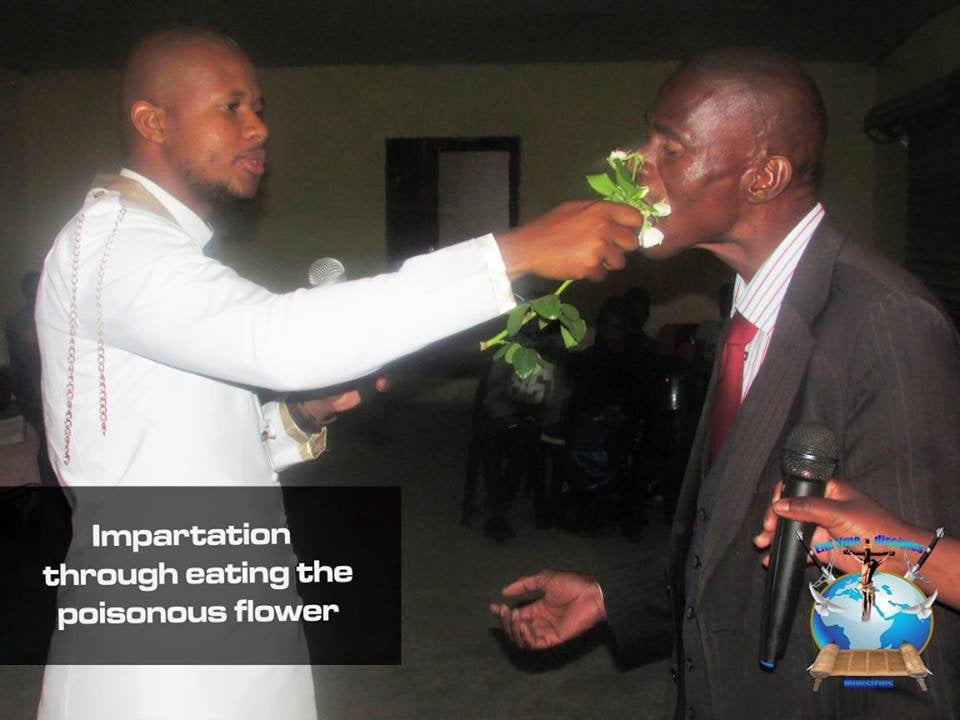 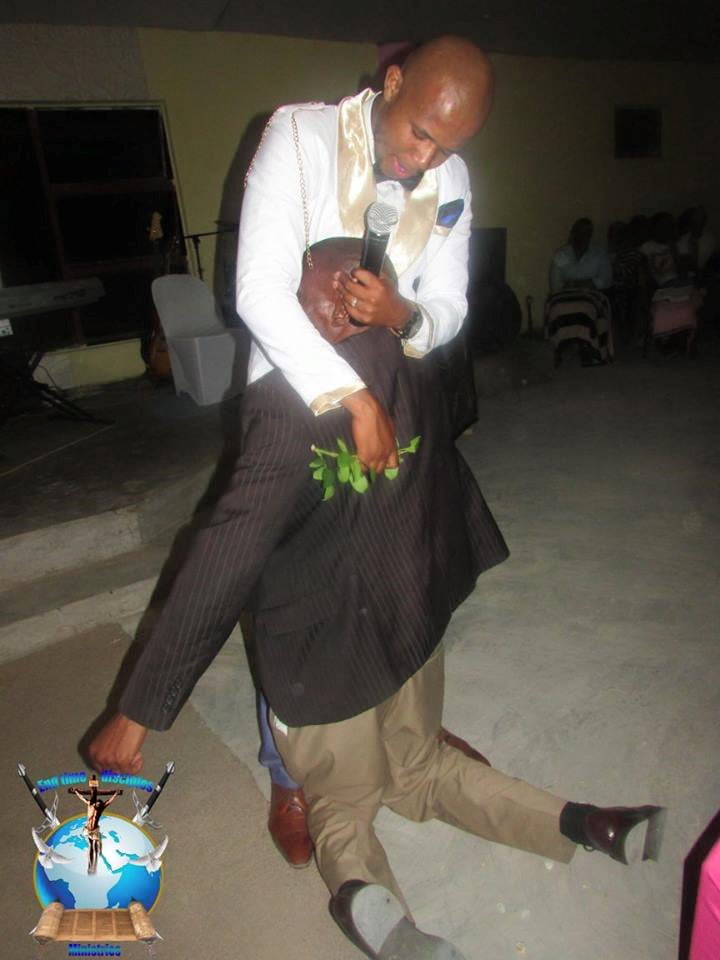 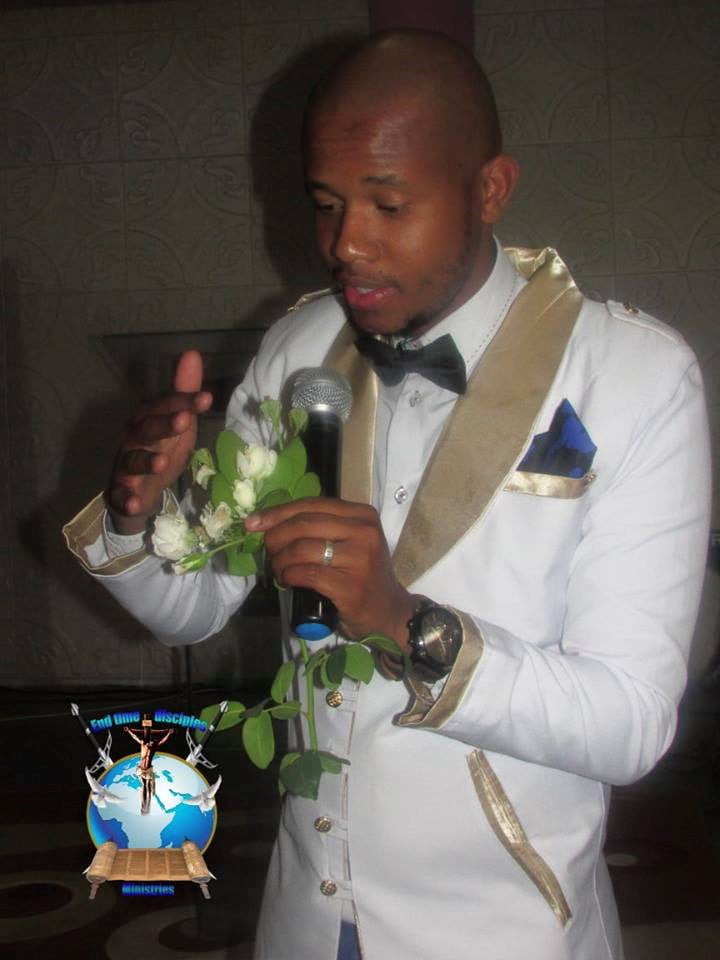 US explains why it put Visa ban on Nigeria and five...

Neville believes United Will Win the EPL Before Liverpool.

OAP Dotun apologises for his opinion on the Cynthia Morgan and...

YCee has launched a new record label – “Ain’t Nobody Badder...

Ex-NSA Sambo Dasuki returns to prison, to know fate in 2018

Us company, Stripe acquires Nigerian fintech company Paystack in a $200...