Buhari is said to be in the company of Attorney General of the Federation, Abubakar Malami, National Security Adviser, Mohammed Babagana Monguno, and other officials. 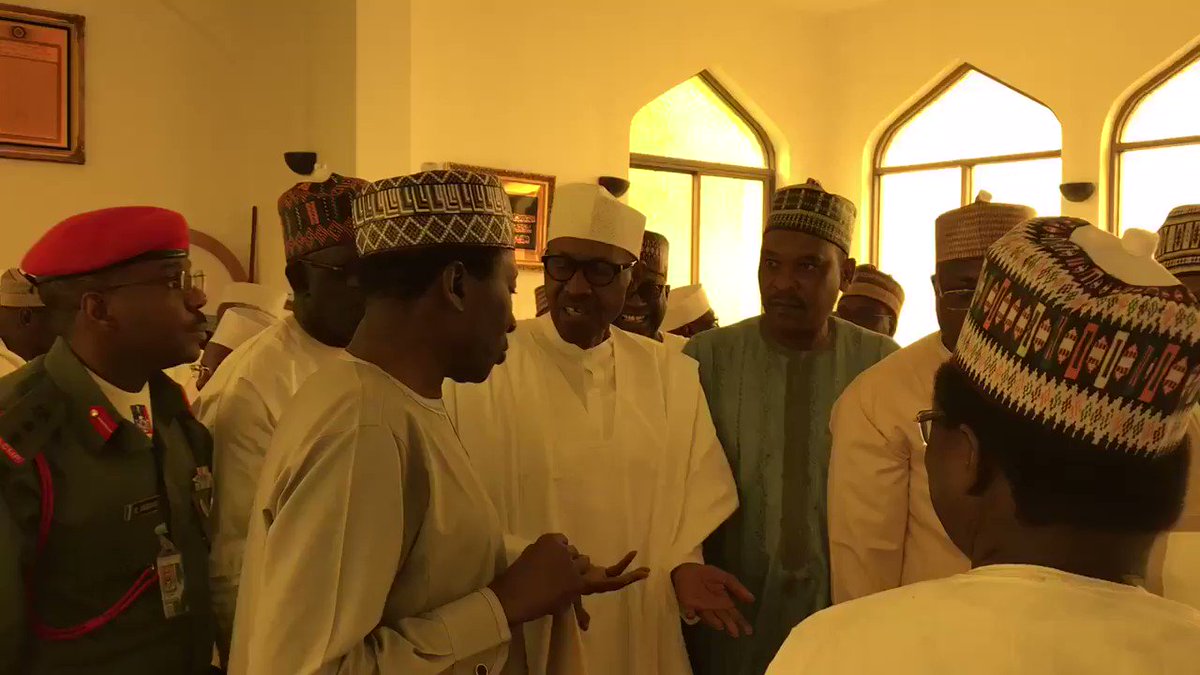 The president’s absence at last Friday’s service gave rise to concerns that his health had deteriorated.

Information Minister, Lai Mohammed, on Wednesday, May 3, said the president’s absence at the meetings was not a strange occurrence since he had been open about his health challenges since March.

“The President told the nation he has never been this sick and he is going to take it easy,” Mohammed told journalists in Aso Rock on Wednesday, May 3, after the Federal Executive Council meeting which Buhari failed to attend.

“He said it from day one when he came back from the UK. So whatever is happening today is not any strange development, it is exactly what he said – that he has been advised to take it easy by his doctors and that he will soon also go back for further treatment.

“I don’t think it’s anything different from what he has said. He has been quite transparent and upfront in matters concerning his health,” he added.

The president’s wife, Aisha also said that her husband’s health challenges are not as bad as they’re being painted.

Buhari’s health has been a topic of international discussion since January when he travelled to London for a medical vacation which should have lasted 10 days but was eventually stretched to 49 days.

Coronavirus: House of Reps decides not to Evacuate Nigerians in China

Osimhen reveals where he would be by January

Nigerian celebrities are all broke including myself- Onyeka Nwelue